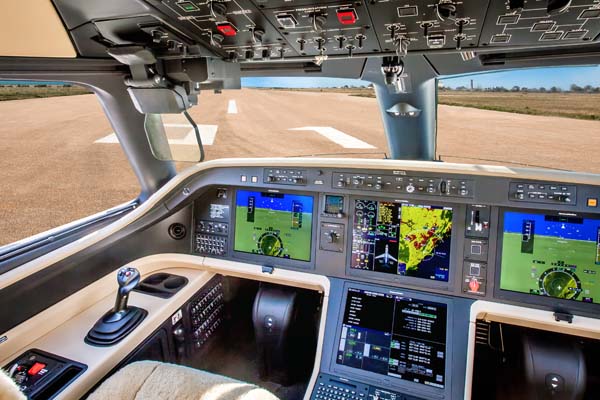 The companies have developed an HUD for aircraft that puts critical flight data in pilots' line of sight.

The HGS-3500 displays critical flight data on a compact and highly transparent waveguide, directly in the pilot's line of sight. This allows the pilot to fly eyes-forward in all phases of flight, which is particularly valuable during takeoff and approach. Pilots can quickly stabilize the aircraft on its flight path and recognize when it's reacting abnormally or is close to the edge of its performance envelope.

"We are extremely pleased that our long-time customer and licensee Rockwell Collins is now in production at their manufacturing site," said DigiLens CEO Chris Pickett, in a press release. "DigiLens technology is now in operation with pilots around the world. This success demonstrates our ability to license and transfer our technology, as well as showcase the overall maturity of the DigiLens displays."

DigiLens' (www.digilens.com) waveguide optics allow OEMs to access eyeglass-thin displays for wearable AR applications and larger displays for automobiles, avionics, retail, and architecture. The company has developed a high-performance photopolymer material and copy process to manufacture precision diffractive optics by printing (not etching) the nanostructures. The resultant eyeglass display is said to have higher efficiency and a wider field of view compared to conventional waveguides. The "printable" feature delivers a key low-cost manufacturing benefit for DigiLens strategic partners, including Panasonic, Sony, Continental, and Foxconn, the company said in the release.