This technical information has been contributed by
Be Cu Manufacturing Company, Inc
American Metal Stamper is Taking Orders for Reshored Parts 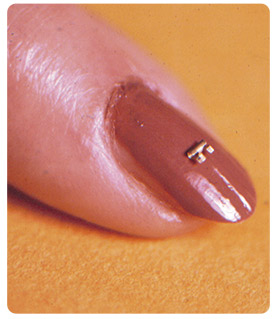 Although a great deal of manufacturing work has left the U.S. during the past two decades, there has been a promising trend in the last few years to reshore work back to this country due to high shipping costs, poor quality, increasing wages, and the language barrier, among other issues. An American metal stamping company, Be Cu Manufacturing Company, Inc., located in Scotch Plains, New Jersey, near Newark, has experienced an influx of work that has come back to its plant after being overseas with less than perfect results.

"We've had a number of parts go overseas over the past number of years," says Phil Brick, vice president of marketing and sales at Be Cu Manufacturing. "But in the last couple of years, it has been coming back. We're seeing the parts come back that we lost ten years ago. And they're coming back for a couple of reasons. Many of the products in China are made in the Guangdong province, which is northwest of Hong Kong. There is so much of that business there now that the people there are demanding higher wages and more benefits, and they're getting it. This is pushing the cheaper prices, because of the labor involved, into some higher brackets. Then you add to that the fuel costs of transporting the parts across oceans or by air. If it comes by ship, you have a real delay in time."

Brick says that the overall quality of many parts has slipped overseas, as offshore manufacturers try to do the work quickly and still keep it as inexpensive as possible. "They can make the part cheaper, but there is the potential for lower quality," says Brick. "This is one reason the parts are reshoring. The work can be done a lot quicker here. I think a lot of OEMs would rather have the work done here because they can come and see it, and if there is a quality issue, you can rectify it a lot faster. Parts do come back that have to be rejected—not a lot of times, but enough to make it an issue."

Part and component quality is still one of the most important issues when dealing with overseas manufacturers, an issue that American OEMs must control to keep overall cost down. "There is a reduction in quality of the parts coming back from China," Brick insists. "I can't tell what percent of the product it is, but it's enough now with everything else involved, that the American companies are looking to have the work done here. We can see what some of the automobile companies are doing. They're building plants here in this country, so they can do the work here rather than have it done all over Asia. This is why there is a good amount of work coming back. We have one or two customers in particular that have reshored some work back to us."

Brick says that an American OEM's needs can be met much more efficiently and cost effectively in the U.S. than with their overseas competitors. "Timing, quality, and access to our plant are important to our customers. Our customers can come right in here and work with us directly. Expenses, such as travel expenses, are a lot lower. Phone calls are less expensive. Our quality system is better and we have a faster turnaround on the parts."

Be Cu (www.becumfg.com) also manufactures and sells parts all over the world for large American OEMs, such as GE or Honeywell, and some of these parts will be assembled in China, South America, Canada, and Mexico. "It's not a big percentage of our business, but we do it sometimes," says Brick. "Look at the Boeing Dreamliner. They thought they would use different suppliers all over the world. As a result of this, they had a tremendous problem with their supply chain. There were delays, but there were also problems because of engineering. When you run into a problem, how do you coordinate with so many vendors all over the world?"

Be Cu specializes in precision metal stamping for a variety of different industries and applications. The company stamps out parts regularly with brass, copper, aluminum, stainless steel, steel, nickel alloys, and some exotic metal alloys, but the company has made its mark in the metal stamping world by making specialized, high-tech parts out of beryllium copper (Be Cu). Be Cu Manufacturing opened its doors in 1944, and now has a third generation owner. The company does business with a variety of high-tech industries, namely aerospace, communications, electrical/electronic, medical, military defense, data processing, and telecom.

Be Cu, ITAR registered and ISO 9001:2008 certified, also handles several in-house secondary and finishing processes, such as heat treating, plating, welding, and assembly work. "We use a lot of beryllium copper because the electronics, defense, aerospace, and medical industries use a lot of this material," says Brick. "It's because of its conductivity and longevity, and it's a very strong metal. They use it for contacts, leaf springs, and clips, and other things like that. And when we plate it with gold, it's even better. One of the big advantages we have is that we can do the plating right in-house. We can be a one-stop-shop because we do heating treating and plating, as well as the stamping. We also have our own tool and die makers, and we cut the steel with our own EDM machine for those tools. Most of the work we do is for the high-tech industries."

This technical information has been contributed by
Be Cu Manufacturing Company, Inc