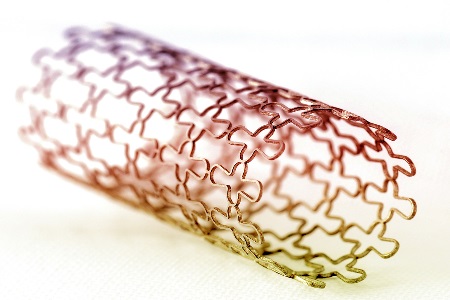 HUDSON, Mass.—Precision Coating Company www.precisioncoating.com recently announced that it has the capability to coat Nitinol medical devices with unmodified PTFE (or other high-temperature-cured fluoropolymer coatings) without adversely affecting the properties of the underlying Nitinol material.

However, PTFE hybrids produce higher coefficients of friction, thus diminishing one of the most important characteristics that make PTFE coating desirable. For example, the “slippery,” non-stick qualities of PTFE on a Nitinol medical device can be very important to the success of the device.

“We've developed a new process that allows us to apply high-temperature-curing fluoropolymer coatings, such as PTFE, to Nitinol in their pure form,” said Don Garcia, director of R&D at Precision Coating Company, in a release from the company. “To our knowledge, Precision Coating Company is the only company with this capability. Hybrid forms of PTFE with resin binders are no longer needed to keep below the Nitinol transition temperature. Being able to use the pure form of PTFE on Nitinol is a major technical development for manufacturers of Nitinol devices.”

Earlier this year, Precision Coating Company announced the availability of PTFE in six standard colors, as well as customized colors for use on medical products. Prime examples of medical devices currently utilizing colored PTFE include guide wires, mandrels, and hypotubes. According to Garcia, these PTFE colors can also be applied to Nitinol.