This technical information has been contributed by
Briggs & Stratton 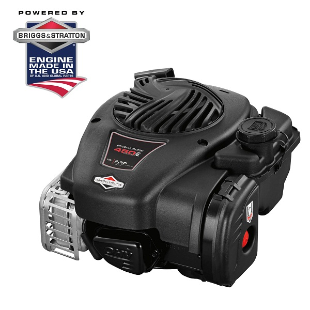 For 43 years, NADCA has sponsored the International Die Casting Design Competition to promote increased use of die casting by recognizing and publicizing outstanding designs, according to the Association's website. For each entry category, there are four equally weighted criteria: ingenuity of casting and/or product design, overall quality, cost savings as compared to other manufacturing processes, and the part's contribution to expanding the market for die castings.

"NADCA's competition recognizes some of the most forward-thinking work in our industry, making this a special achievement for our team, as it's the second award we've received in two years," said Dave DeBaets, vice president of global engine operations at Briggs & Stratton, in a company release. "Briggs & Stratton is dedicated to product advancement, and competitions such as this one encourage growth and innovation for us and the industry as a whole."

Briggs & Stratton's casting, product engineering, and die engineering teams collaborated in an effort to continuously improve manufacturability. The team created the engine overhead valve (OHV) more efficiently by developing a new die cast cell that decreased the pull directions, reduced debris, and eliminated the need for exhaust gaskets and machining assets. All of these changes are said to have resulted in a scrap rate of one percent or less and a 300 percent increase in OHVs made per 12-hour shift. The productivity increase will allow Briggs & Stratton to invest in new die cast cells to further innovate this field, the company said.

The 125cc and 140cc E-series engine cylinder OHV is made from a 383 aluminum alloy that is used in many small engines. The Murray facility currently casts 3.7 million heads for small engines that are used primarily in lawn mowers.

This technical information has been contributed by
Briggs & Stratton