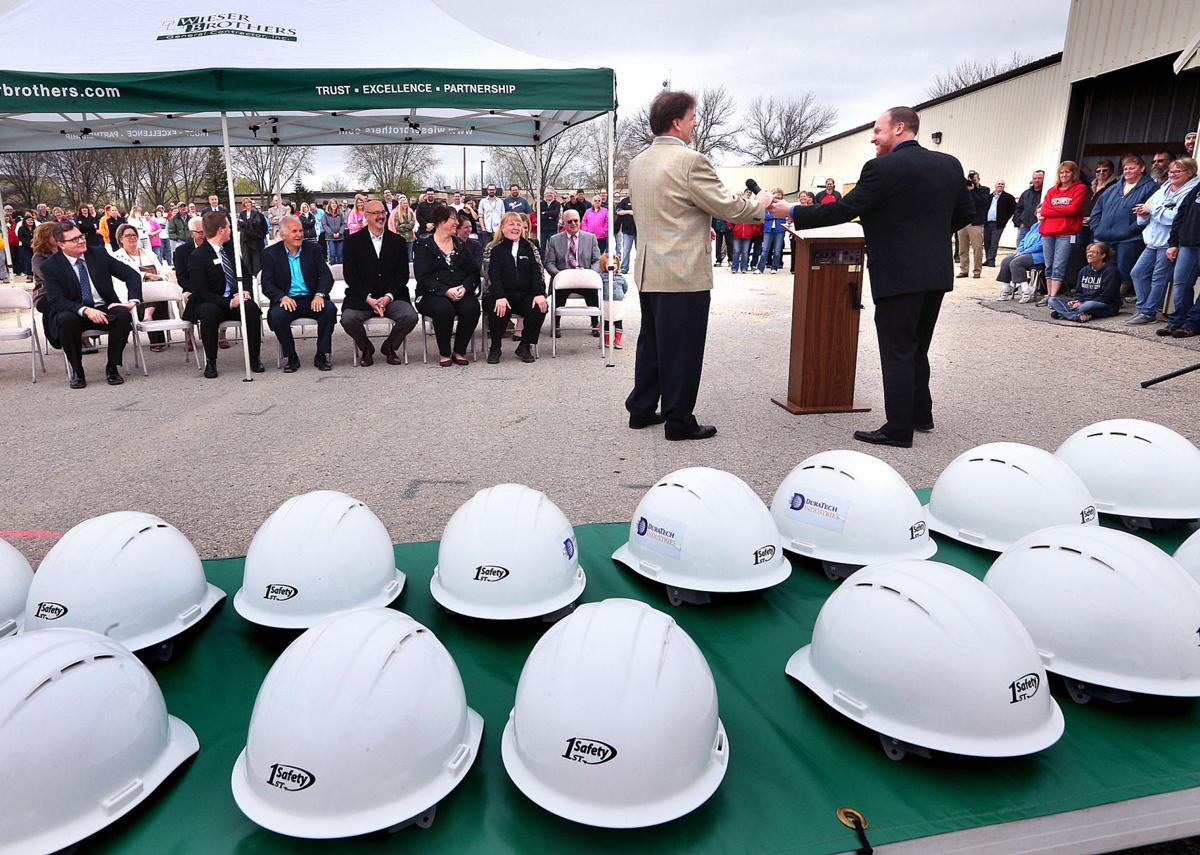 DuraTech Industries Inc., which provides high-quality custom label printing services for customers worldwide, is breaking ground on a $7.5 million, 47,300-square-foot expansion to the company's manufacturing facility in La Crosse, Wisconsin. The addition is expected to be completed in January 2018 and create at least 50 jobs over the next four years.

"We are excited to get started on this world-class, two-story addition," said DuraTech President Peter Johnson. "It will streamline our process flow, thus saving hundreds of labor hours each year. It will also house two clean rooms for our high-speed printing presses and will have additional capacity to grow in the upcoming years."

"The DuraTech team is very thankful to our customers, whose demand for our new technology is driving our growth," Johnson said. "We would also like to thank ISG and Weiser Brothers for all of their hard work on designing and quoting the expansion. We also thank the City of La Crosse, WEDC, and BMO Bank for putting together a great financing package to allow us to move forward with the expansion. Most importantly, none of this would be possible without the hard work and dedication of all of the DuraTech team members."

The Wisconsin Economic Development Corporation is supporting the expansion by awarding DuraTech up to $215,000 in state income tax credits over the next four years. The actual amount of tax credits received will be contingent upon the number of jobs created and the amount of capital investment during that time.

In addition, WEDC has approved an allocation of up to $6.6 million in industrial revenue bonds to the city of La Crosse to provide financial support for the project. The city will issue the bonds on behalf of DuraTech, and proceeds from the sale of those bonds will help finance the construction. The city is also providing a $275,000 tax incremental financing grant to the development to provide vital gap funding for the construction of the new facility and redevelopment of the existing buildings.

"It's only fitting that DuraTech celebrates its 40th year in business by embarking on this expansion project, which is good news for the Coulee Region and the entire state," said Governor Scott Walker. "Manufacturing is a vital part of Wisconsin's economy and is at the heart of our economic resurgence. Companies like DuraTech play a key role in the many successes we've experienced in the last six years."

"DuraTech has become a leader in its industry by continuing to develop new and innovative products to serve the market, and we congratulate the company on its expansion," said Mark R. Hogan, secretary and CEO of WEDC, the state's lead economic development organization.