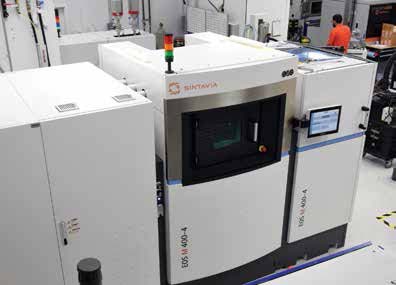 DAVIE, Fla.– Sintavia, LLC, a Tier One metal additive manufacturer, has added two more additive manufacturing (AM) machines–its eighth and ninth industrial metal printers–to its fleet of in-house printers. The new additions are a Trumpf TruPrint 3000, reported to be the first machine of its kind in North America, and an EOS M400-4, a large-scale printer with four lasers designed for faster production.

"These two additional machines significantly increase our production capacity and will reduce lead times for our customers," said Sintavia President Doug Hedges, in a prepared statement. "Our customers rely on our high quality, cost-effective metal AM production for aerospace and other precision industries. Having nine machines in our vertically integrated, advanced manufacturing facility speeds up turnaround times, which is immensely important to our customers." 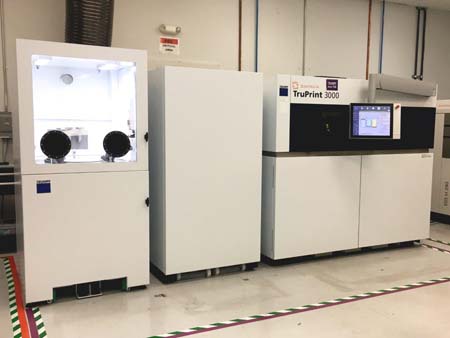 The company expects to add a tenth printer–another EOS M400-4 laser printer–later this year, and more than double its capacity to 20 machines in 2019 after it moves into its new facility next spring.

Sintavia (www.sintavia.com) provides metal additive manufacturing for critical industries, such as aerospace and defense, oil and natural gas, automotive, and ground power generation. The company holds Nadcap, AS9100 Rev. D, ISO17025, and ANAB accreditation, as well as being OASIS registered and ITAR compliant.