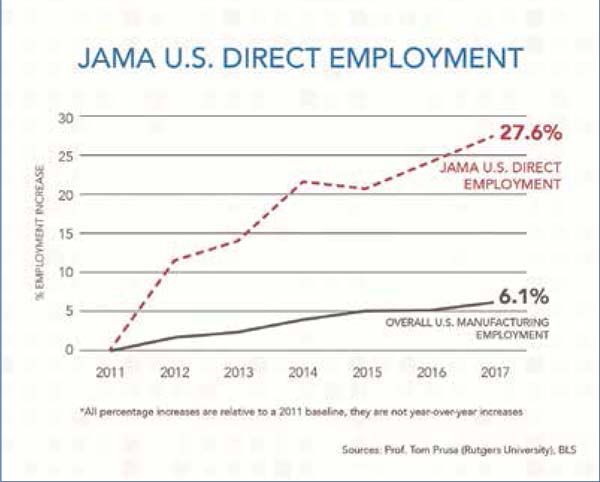 “The new data reinforces a decades-long story of strong growth and sustained investment across the United States by Japanese-brand automakers,” said Dr. Prusa, in a press release. “In addition to their direct and dealer employment, these companies support approximately 250,000 jobs in the U.S. automotive supplier network, actively strengthening the American manufacturing base.”

“These figures prove beyond the shadow of a doubt that JAMA members are a vital force in the U.S. economy, with nearly four decades of sustained investment in manufacturing alone,” added Manriquez. “This long-term commitment demonstrates the enduring strength of the U.S.-Japan economic relationship, and we urge leaders in Washington, D.C. to keep this in mind as they consider trade policies that will impact the trajectory of the American auto industry, of which our member companies are an integral part.”