'Made in America' Bicycles Now Available at Walmart 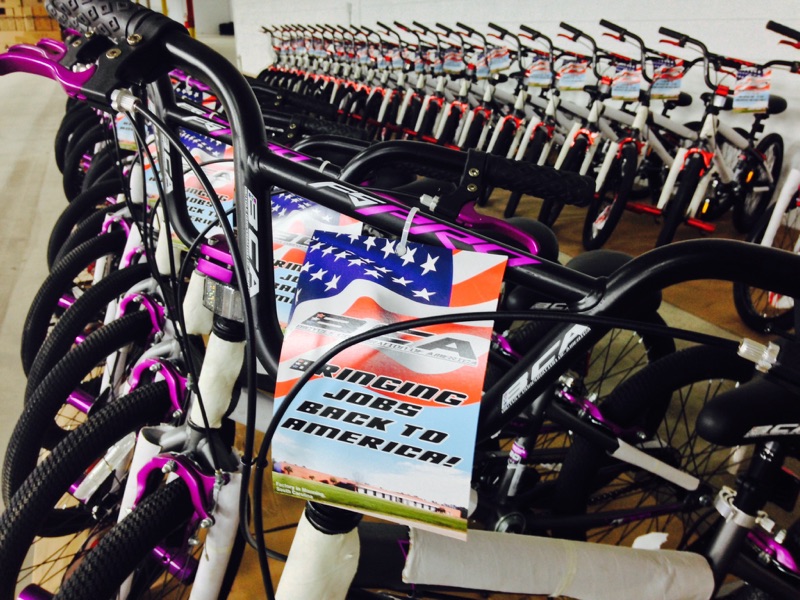 MANNING, S.C.—Bicycle Corporation of America (BCA), a unit of Kent International Inc., recently announced that its U.S.-assembled bicycles are now available for purchase in-store at various Walmart locations nationwide and on the Walmart website.

There has been a shift in the way Americans shop. As consumers connect the economic dots between foreign made products and America’s future, they have become increasingly committed to “buying American”—and retailers have taken notice. In 2013, Walmart pledged to boost sourcing of U.S. products by $250 billion over the next ten years—helping to bring manufacturing jobs back to the U.S.

“BCA is dedicated to bringing jobs back to America—without compromising on value,” said Scott Kamler, president of BCA, in a press release. “We are honored to provide jobs for American workers and are proud to be a part of Walmart’s ‘Made in America’ commitment.”

A recent survey by the Consumer Reports National Research Center found that 78 percent of Americans would rather buy the American product when given a choice between a product made in the U.S. and an identical one made abroad. Sixty percent of the survey’s respondents indicated they’d buy American-made products even if those cost 10 percent more than imported versions. Fortunately for Walmart bike shoppers, BCA is able to produce its bicycles in the U.S. without an increase in price. The BCA bikes retail for an average of $120.

Bicycle Corporation of America (BCA) was founded in 2014 in response to Walmart’s commitment to source products manufactured in America. The BCA bikes are assembled in a 200,000 square foot manufacturing facility in Manning, South Carolina. Bicycle Corporation of America is owned by Kent International Inc., a global supplier of bicycles and accessories headquartered in Parsippany, New Jersey. Kent International Inc. is a major supplier to Walmart, Toys R’ Us, Amazon, and Academy Sports & Outdoors.