This technical information has been contributed by
NASA 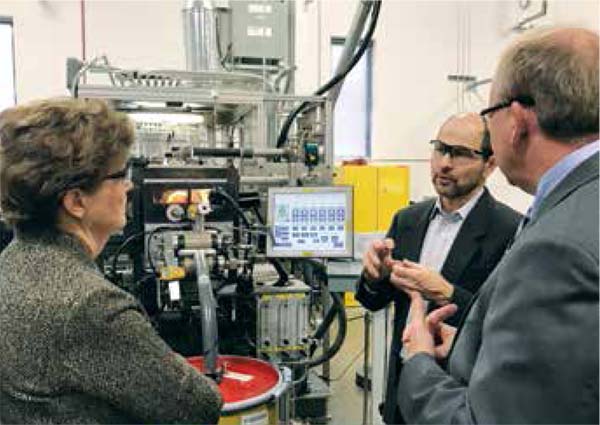 NASA is advancing technology that could use large amounts of nanoscale materials to launch lighter rockets and spacecraft than ever before. The Super-lightweight Aerospace Composites (SAC) project seeks to scale up the manufacturing and the use of high-strength carbon nanotube composite materials.

Carbon nanotubes consist of carbon atoms chemically bound in the shape of cylinders that are less than 1/80,000 the diameter of human hair. At that scale, carbon nanotubes are about 100 times stronger than steel and about eight times lighter.

“As NASA pushes the limits of space technology for use at the Moon and Mars, strong and lightweight materials are of interest for many applications,” said Jim Reuter, acting associate administrator of NASA’s Space Technology Mission Directorate (STMD). “Our partners are playing an important role in maturing this technology.”

Led by NASA’s Langley Research Center in Hampton, Virginia, a team of researchers is working with other NASA centers, government agencies, academia, and industry partners to move this technology forward. Eventually, carbon nanotube materials could be used to make rocket and spacecraft components.

NASA is conducting research in order to figure out how to build large structures from this material for different applications. To do that, NASA needs a lot more of the carbon nanotube material to work with. 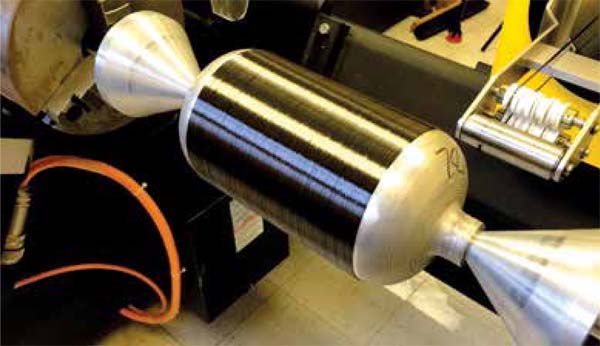 “Other government agencies planted seeds with their early stage technology investments that we’re harvesting,” said Mia Siochi, senior research materials engineer and lead for SAC. “NASA’s goal is to begin using the larger quantities of material from Nanocomp to build structures within a few years.”

A flight test in 2017 demonstrated that the material can be used for composite overwrapped pressure vessels (COPVs), which are designed to hold fluid under pressure and are used in many capacities, such as propellant tanks. The COPV was the first large item NASA built using carbon nanotube composites.

Another NASA Phase III SBIR contract was awarded to San Diego Composites in California. Expanding on work started under Phase I and II Missile Defense Agency SBIR awards, the company will be building prototype COPVs made with carbon nanotube materials.

NASA is also working alongside 11 universities, two companies, and the Air Force Research Laboratory through the Space Technology Research Institute (STRI) for Ultra-Strong Composites by Computational Design. Led by Greg Odegard, a professor at Michigan Technological University, the institute is receiving $15 million over five years to accelerate carbon nanotube technology development for NASA. This institute engages 22 professors from universities across the country to conduct modeling and experimental studies of carbon nanotube materials on an atomistic molecular level, macro-scale and in between.

“We’re taking a multidisciplinary approach to move this technology forward and better understand the mechanical properties,” Siochi said. “Studies show we could get about 25 percent savings in mass. Every pound we save reduces cost and that has a real impact on space missions.”

The Super-lightweight Aerospace Composites project is funded by NASA’s Game Changing Development program, which aims to advance exploratory concepts and deliver transition-ready technology solutions to NASA missions and industry. The Small Business Innovative Research/Small Business Technology Transfer program encourages small businesses to develop innovative ideas that meet the specific research and development needs of the federal government. Phase I results provide a sound basis for the continued development, demonstration, and delivery of the proposed innovation in Phase II and follow-on efforts. Phase III supports the commercialization of innovative technologies, products, and services resulting from either a Phase I or Phase II contract. Both programs fall under NASA’s Space Technology Mission Directorate.

This technical information has been contributed by
NASA