Progress Means Automation and People-Not One or the Other 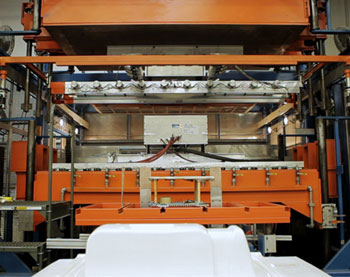 ONTARIO, Calif.–What does automation mean for me? This is a question most of us in the manufacturing industry have asked ourselves many times. As automation and digitization quietly revolutionize nearly every aspect of our lives, it's impossible–and, some would argue, irresponsible–not to wonder how artificial intelligence (AI) might dramatically change how we earn a living.

In the manufacturing world, the commonly held view is a sobering one: more robots, fewer humans. Or, put another way: The more intelligent and efficient AI gets, the less useful and more costly human labor becomes.

It's undoubtedly true that the technological advances we've seen in the last two decades have dramatically changed the way businesses in many industries function. And it's only reasonable to assume the same will be true of future advances. But it's important to recognize that change or progress is not necessarily equivalent to fewer jobs and less work. The reality is that there is a place (and a need) for people and automation in the future of manufacturing. Here's why:

As the CEO of plastics manufacturing company Ray Products, I'm intimately familiar with how much a business can change in a relatively short period of time. My grandparents, Allen and Margaret Ray, founded Ray Products in 1949. For the first few years, the company focused primarily on manufacturing one product: plastic baby bassinets.

Today, we specialize in thermoforming, manufacturing a wide range of customized plastic parts that are used worldwide in everything from medical devices to industrial equipment. This degree of change is due, in large part, to the technological revolution of the past few decades. Ever since I came on board in 1997, the technological advances have been astounding.

I imagine that most of the machinery in our 48,000-square-foot manufacturing facility would be totally unrecognizable and foreign to my grandfather. But the technology they used in the 1950s was considered cutting-edge at the time, so I know my grandfather would be pleased to see that Ray Products (https://www.rayplastics.com/) has evolved along with technology.

Back then, my grandfather would drive or fly to meet with customers in person; it was the best way he had to ensure that service and quality expectations were always met. These days, it's harder to get that kind of face-to-face time, but communication and collaboration is no less important today than it was then.

While it's true that technology will replace human labor in some stages of manufacturing (simply because it will be more efficient and accurate), it's also true that this sort of technology depends on the oversight of skilled people. And while efficiency and speed are critical outputs in our industry, so, too, are creative analysis, expertise, and problem-solving–attributes that technology will never be able to replace.

The same goes for communication. A few years ago, we provided an existing customer with a customized survey in order to gauge their satisfaction with us as their supplier. Our marketing partner suggested expanding the survey to include all customers and partners as a way to get an industry-wide perspective. I may have dragged my feet a bit at the beginning. "Could a survey really tell us something we don't already know?" I thought at the time. I quickly realized that it could.

Now in its fifth year, the annual survey has become an incredibly useful tool for monitoring trends and shifts in focus in the industry. Our team looks forward to disseminating and analyzing the survey each year, and sharing the findings with customers, peers, and others in the industry. The acts of developing and taking the survey are contingent upon creative thought, analysis, and communication–and the learnings they provide are invaluable.

A recent Brookings report suggests that my anecdotal experience is reflective of a larger phenomenon. Just a few years ago, German manufacturers were using three times more robots than manufacturers in the U.S.–and employing more people. And the good news isn't just international; employment in the U.S. manufacturing industry has increased since 2010.

In my office, I have a table that's surrounded by four chairs. At any given time, those chairs can be occupied by employees, suppliers, customers, stakeholders, or anyone else who contributes to the success of our business. And while all of these people are, by nature, interested in putting cutting-edge technology to use to increase productivity, quality, and sales, they also have something else in common: They're all humans, and there will always be a seat for them in my office.