This technical information has been contributed by
ABI Research 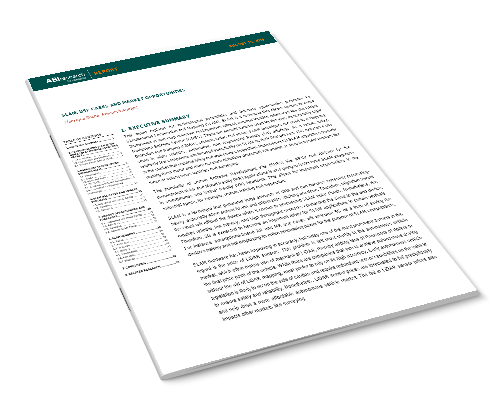 LONDON–A crucial driver of robotics development is simultaneous localization and mapping (SLAM), a technology that allows a device to map its environment while positioning itself in it. Simultaneous localization and mapping is necessary to enable the transition from automated guided vehicles (AGVs) to autonomous mobile robots (AMRs) in the industrial space. ABI Research, the global tech market advisory firm, predicts the installed base of SLAM-enabled commercial and industrial robots will exceed 15 million by 2030.

For many years, business owners in the industrial sector have been using AGVs in factories and warehouses to streamline their processes, increase production, reduce inventory counting time, and fight shrinkage. Now, AMRs comprise a new generation of industrial robots that can optimize their paths and processes on the factory floor, react to unexpected situations, and navigate around obstacles. To coordinate factory activities and avoid collisions between AMRs, AGVs, and people, a system that can pinpoint the location of every robot in real-time must be in place.

“In these first years of the Industry 4.0, few factories will have a real-time location system (RTLS) established, making it essential that AMRs can dynamically map their immediate environment using SLAM,” explained Andrew Zignani, principal analyst for location technologies at ABI Research, in a press release. “Still, factories which already have an RTLS system deployed, can use RTLS and SLAM together to provide valuable IoT data to a digital platform that can be used to optimize processes and make factories even leaner, thereby driving much faster ROI.”

Deploying robots on the factory floor will allow business owners to save substantial amounts of money in manpower and insurance, as well as increase productivity. For that, intelligent and easily reprogrammable robots will be necessary. Such need will be addressed by AMRs, which are predicted by ABI Research to comprise 80 percent of all commercial robot shipments by 2027.

All AMRs must possess mapping and localization capabilities to react to the fast-changing environment inside factories and avoid collisions with other machines and humans. Therefore, most industrial robots are expected to have SLAM capabilities in the next decade. Data generated by these robots’ SLAM capabilities can also be integrated into a centralized digital factory platform to be analyzed for KPIs, said ABI Research (www.abiresearch.com).

SLAM relies on sophisticated algorithms to work smoothly and accurately. Furthermore, the large amount of data generated by the various sensors on AMRs require efficient and low-latency processing. As a result, some software companies, such as Intermodalics, Kudan, and Accuware, have identified the market opportunity that lies in developing SLAM algorithms and are partnering up with AMR integrators to deploy their software solutions.

Intermodalics’s Pick-It, for example, is a 3D vision localization solution for robots which allows them to identify and pick items on shelves. This is a particularly useful tool for AMRs in warehouses and retail establishments and has the advantage of being plug-and-play, thus not requiring deep technical expertise to operate.

“The 2020s are going to kick off with drastic changes in industrial environments. AI, IoT, RTLS, and connectivity technologies such as 5G will interact and improve each other in complex ways, and not all levels of the robotics value chain are ready for it. There are great opportunities in software development yet to be explored, SLAM being a big part of it,” Zignani concludes.

These findings are from ABI Research’s “SLAM: Use Cases and Market Opportunities” technology analysis report. The report is part of the company’s Location Technologies research service, which includes research, data, and analyst insights. Based on extensive primary interviews, Technology Analysis reports present in-depth analysis on key market trends and factors for a specific technology.

This technical information has been contributed by
ABI Research