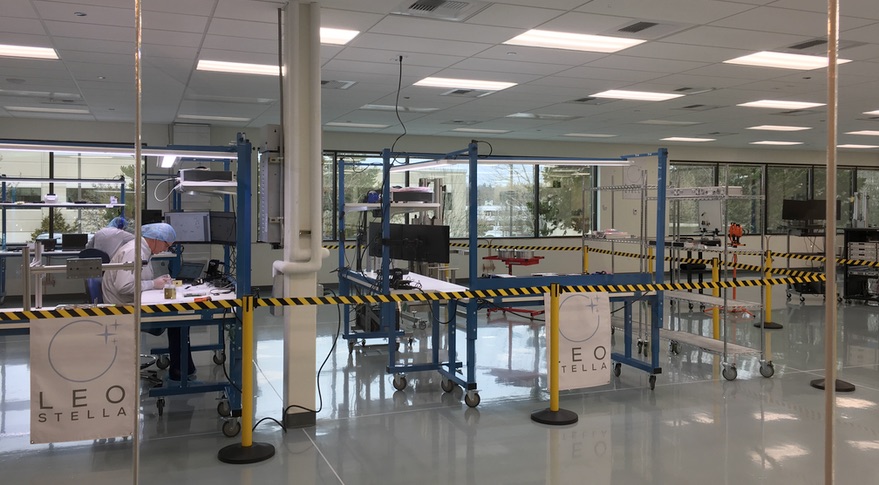 TUKWILA, Wash.–LeoStella, a small satellite (smallsat) design and manufacturing company, recently announced the official inauguration of its production facilities in Tukwila, Washington. The company is a joint venture between Thales Alenia Space (itself a joint venture between Thales and Leonardo), and Seattle-based Spaceflight Industries. Formed in March 2018, LeoStella has been developing a state-of-the-art production facility to construct smallsats cost-effectively and at scale.

“With the growing number of constellations, there is a large demand for efficient smallsat production, and LeoStella is uniquely positioned to address that demand,” said Chris Chautard, LeoStella CEO, in a press release. “LeoStella is a unique blend of deep knowledge and expertise from Thales Alenia Space, and innovation and agility from Spaceflight Industries. With the new facility, we are equipped to design and manufacture smallsats efficiently.”

“Small satellite constellations are unlocking a wide range of new information products for broad market opportunities,” said Brian O’Toole, president of Spaceflight Industries and CEO of Black Sky, in the release. “LeoStella is a critical element in the Black Sky constellation strategy, delivering robust satellite development and production that enables resilient, high-performing space capability. This ability to quickly innovate, produce, and deliver assets to market quickly is disruptive for the industry.”

When operating at capacity, LeoStella’s production facilities will enable the company to produce up to 30 satellites a year, ranging from Earth-observation to telecom satellites, the company said. Additionally, LeoStella has spent the last year selecting its suppliers and forming partnerships with key vendors.

“LeoStella is fully in line with Thales Alenia Space’s strategy to match the new needs for new space,” said Viktoria Otero Del Val, executive vice president of strategy at Thales Alenia Space, in a statement. “It will complement and leverage its undisputed experience of mass production for constellation with its success of Globalstar, O3B, and, more recently, Iridium NEXT.”