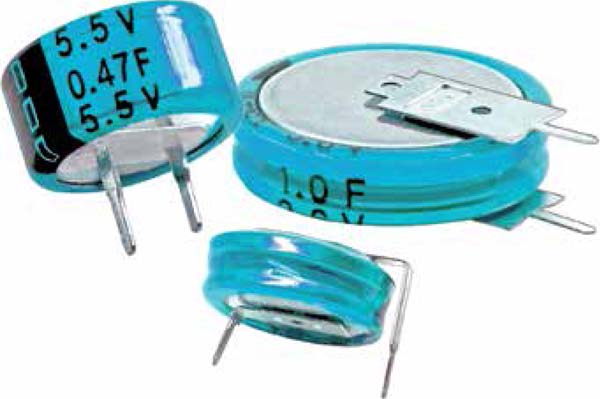 LIBERTY, S.C.–Cornell Dubilier has introduced its EDC and EDS series of Coin Cell style, EDLC capacitors, which can replace or extend battery life in on-board memory backup, the company said in a press release. With quick response and recharge times, the devices are reported to offer higher power than batteries and greater energy than typical aluminum electrolytic capacitors without degradation over millions of charge-discharge cycles.

The EDC and EDS series capacitors are ready to board mount in such applications as real-time clock (RTC) backup, power failure backup, battery assist, and in market segments such as smart metering, HVAC controls, building automation, communication systems, appliances, instruments, and other microprocessor-based devices. Because of their high volumetric power density, they can be an effective way to reduce board size and weight, the manufacturer said. Either series can be used as a drop-in replacement for similar value capacitors recently discontinued by other manufacturers.