This technical information has been contributed by
Whirlpool 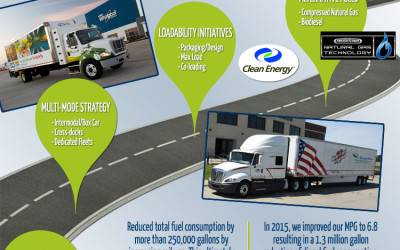 The expansion of 86,400 square feet will provide additional assembly capacity and material space to support strong consumer demand for Whirlpool-built products, and also will improve the flow of parts and products through the plant. The Findlay, Ohio, plant assembles dishwashers for the company’s portfolio of brands, including Whirlpool, Maytag, KitchenAid, and Jenn-Air.

“This is an important day for Whirlpool Corp. and another example of our ongoing commitment to American manufacturing,” said Jim Keppler, vice president of the company’s Integrated Supply Chain and Quality organization, in a company release. “It represents not only an investment in the men and women of the Findlay plant, but also in the many others who assemble appliances at our eight additional U.S. manufacturing plants.”

Since 2010, Whirlpool invested more than $1 billion in new U.S. facilities and plant upgrades, including a $40 million expansion of its Greenville, Ohio, manufacturing plant that will add 400 new jobs by 2018, Whirlpool reported. “We are proud to employ more U.S. appliance manufacturing employees than any other U.S.-based appliance manufacturer, and this investment is consistent with our leadership position in the industry,” Keppler said.

Whirlpool Corp.’s commitment to U.S. manufacturing continued with the Findlay announcement. “This project is the result of our outstanding partnership with the state of Ohio,” said Dale Laws, plant leader at the Findlay facility, in the release. “This is such a huge vote of confidence in all of us at Whirlpool Corporation, Findlay and for the Findlay community.”

Other investments in Ohio include a $200 million investment in the company’s Clyde laundry facilities, as well as moving commercial front-load washing machine production from Monterrey, Mexico, to Clyde in 2014. The relocation added nearly 100 jobs and again reaffirmed the company’s commitment to its U.S. manufacturing base and its skilled workforce. Whirlpool Corporation (NYSE: WHR) reports it is the number one major appliance manufacturer in the world, with approximately $21 billion in annual sales, 97,000 employees, and 70 manufacturing and technology research centers in 2015.

“Today’s announcement of 50 new jobs at Whirlpool Corporation’s Findlay plant is exciting news for the state of Ohio, where this global manufacturing leader employs more 10,000 workers at six different facilities,” said Kristi Tanner, JobsOhio managing director. A groundbreaking ceremony is planned for early spring, following final approval of state and local assistance. “The company’s investment shows its confidence in Ohio’s workers and its commitment to the quality of the products it sells worldwide.”

This technical information has been contributed by
Whirlpool