This technical information has been contributed by
Rapid Prototype + Manufacturing 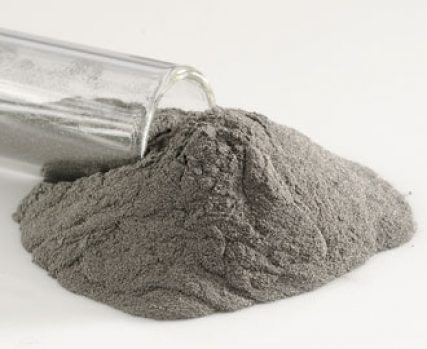 A recent collaboration between a maker of 3D printing machines and a provider of additive manufacturing services has made available to the medical and aerospace markets a safer alternative to lead (Pb) as a means of shielding people from the harmful effects of ionizing radiation.

The ExOne Company (www.exone.com), a global provider of 3D printing machines and printed products to industrial customers, and Rapid Prototype + Manufacturing (rp+m), a provider of rapid prototyping, rapid manufacturing, and 3D printing services, have worked collaboratively to enable the use of bonded tungsten in the design of rp+m's products, which can be 3D printed to replace lead-based products in radiation shielding applications. According to Matt Hlavin, CEO of Rapid Prototype + Manufacturing, the ability to make the bonded tungsten parts via 3D printing will reduce the development time and costs, as well as production lead time, associated with injection mold tooling.

Rapid Prototype + Manufacturing (www.rpplusm.com) uses an ExOne M-FlexTM machine to produce bonded tungsten parts via a highly accurate Binder Jet process, in which a print head distributes binder into beds of specially formulated materials. With a build speed of 30 seconds per layer, the M-Flex is reported to be the fastest metal printer in its class. "It's open source, so we can engineer it or design it into our specific application," Hlavin told D2P in a phone interview, adding that the M-Flex is also unique in its ability to print multiple metals, including stainless steel, bronze, and tungsten.

"3D printed bonded tungsten is a great solution for radiation shielding because the M-FlexTM can create complex shapes for these applications that would be difficult to create with conventional methods of manufacturing," said ExOne Chief Technology Officer Rick Lucas, in a press release. "Our collaboration with rp+m demonstrates the power of ExOne's strategy in engaging customers in the early stages of the materials development process, yielding direct applications in new markets."

As a result of the collaboration, ExOne's portfolio of 3D printing material now includes bonded tungsten, and Rapid Prototype + Manufacturing is the first 3D printing company to offer open-source printing of tungsten, a non-toxic alternative to lead that blocks radiation with equal efficacy. Tungsten is also said to require 40 to 50 percent less wall thickness and less mass to deliver the same protection as lead.

"The bonded tungsten process doesn't replace the tungsten filled polymer; it complements it," Hlavin said. "As you're developing a new product, it's more affordable to print the parts before you injection mold them, so we can take it from small volume to high volume."

Hlavin said that Rapid Prototype + Manufacturing is "an expert in additive manufacturing and 3D printing," with a business model focusing on production additive processes, such as FDM, SLS, DMLS, and BinderJet. "We also have an R&D group that does material development for additive and 3D printing," he said. "Because there are so few materials out there, we're working with metals companies, plastics companies, and ceramics to create new materials in additives."

This technical information has been contributed by
Rapid Prototype + Manufacturing