Running Formula One Means Running by the Numbers 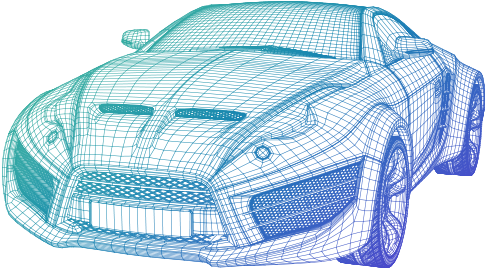 More than 500 million worldwide watched televised broadcasts last season. But unless you actually sit inside a car--or inside the sport--it's unlikely that you'd know that at speeds of up to 220 miles an hour on the straightaway and G forces that can top five in the most extreme corners, Formula One racing pushes car and driver to the edge of what's mechanically and humanly possible.

A cross between driving and flying, F1--with its maze-like circuits--requires constant acceleration, braking, and cornering that put tremendous stresses on the vehicle and demands on the car's "pilot." Drivers are literally form-fitted to their seats and wear the car like a second skin. Reflexes need to be instinctual. Vehicles must be precision-tuned. Speed is king. And as a result, there is no room for error with even the smallest detail.

At a minimum weight of 640 kilograms (less than one-third the average passenger car in the U.S.), today's F1 racing machine--including nose, cockpit, wings, and diffuser--embodies the almost perfect aerodynamic balance of maximum downforce (to keep the car in contact with the road) and minimum drag (to make sure it goes fast). In fact, design teams have become so effective at their aero analyses that the Fédération Internationale de l'Automobile, or FIA--the group that regulates the sport--is forced to pass new rules almost every year to keep the cars from going faster than is realistically safe.

To push the safe-speed envelope, Lotus employs more than 500 at its UK-based Enstone facility northwest of London. Of that total, 60 to 70 designers work year-round on the design, testing, and manufacture of the vehicle's 20,000--or so--interdependent parts. "We're a pretty sizeable facility for turning out just a couple of race cars," says Ian Goddard, senior engineer in charge of computer-aided engineering (CAE).

For Goddard, the yearly design cycle involves balancing resources between tweaking the current model in the midst of the racing season, and major design revisions that will be part of the new car for the next season. His goal: to support the design team in maintaining on-track performance while keeping more long-term developments also on track. This can be a difficult, even stressful, balancing act.

"We condense the bulk of new design into the last quarter of the year which, for the 2012 E20 model just launched in February, included more than 11,000 drawings," says Goddard. "In the last week of build, we had parts turning up minute-by-minute, hour-by-hour, with day and night shifts fabricating the car and feeding all the technical information back to the design office."

Given this condensed schedule--or "pressure environment" as Goddard likes to call it--it's obvious why speed and precision are important to more than just the car's on-track performance during the 20-race season. Moving from concepts and models to carbon-fiber composite and alloy is time-critical, too. And the CAE team relies on a large set of engineering tools and processes for the fast, efficient and, above all, accurate flow of information through every stage of the development cycle.

It's all about the data

New car design for the Lotus F1 Team starts with a concept. During this initial stage, aerodynamic analysis, with traditional model building and wind-tunnel testing, works hand-in-hand with computational fluid dynamics (CFD) and its wind-tunnel algorithms that allow engineers to test design ideas on their desktops. Between the physical and virtual worlds, concepts are massaged as data is passed back and forth--from discipline to discipline and code to code. Computer-aided design (CAD) models, capturing the car and component geometry, provide the interface for these data transactions. Verification of the stresses and loads on structures, assemblies, and components is then conducted via finite element analysis (FEA) software in another iterative looped process. As last steps, a final model that defines specifications and tolerances is sent out to a network of suppliers and manufacturers, and finished parts come back to be assembled into a race-ready car. On the surface it's a seemingly simple straightaway of information flow--data in, data out, repeated a number of times.

But according to Goddard, data transfer and translation is anything but simple when you dive into F1 details. "With very advanced aerodynamic concepts, we might not get the perfect surfacing quality in the CAD models, so we need to clean them up," says Goddard. "Then, there are multiple CFD tools from both internal and external partners, and backwards and forwards handoffs from aero to CFD that we have to account for. There is also round-tripping between designers and FEA analysts, with the innate mismatches of spline-based CAD and mesh-based stress geometries. And at the end of the supply chain, manufacturers could be working on any of the many available CAD systems."

Clearly, data is not standardized. Real-world Formula One design involves digital inputs and outputs--at varying levels of complexity and cleanliness--that proceed in a circuitous path, mimicking the tracks that the actual cars navigate.

Back in the early days of CAD-based F1 design--the 1990s--engineers tried relying on their native CAD systems to do all the data translation work. But, according to Goddard, that came with a lot of uncertainty. "There used to be endless discussions with suppliers about data quality, such as with untrimmed surfaces and rogue code, which you didn't realize were in the model when you saved or exported it," says Goddard. "And you were never quite sure what the supplier was seeing. From a design viewpoint, that gray area was never reassuring."

Realizing that software interoperability was critical in turning design data from gray to black-and-white, Lotus F1 Team's first efforts at an upgrade involved CAD-conversion tools. But quality, reliability, and efficiency improved considerably with the adoption of CADdoctor, a software suite from Elysium Inc., about a decade ago. The tool is designed to tie together data from all the various engineering software packages in a seamless, highly automated fashion. It does this by translating code into compatible formats while ensuring that the data being transferred is error-free.

The Lotus F1 Team now uses CADdoctor from one end of the design cycle to the other. At the aerodynamics concept stage, where CATIA V5 is the main design tool, the software is able to send data out to occasional external partners in common industry-standard codes, such as IGES, STEP, or Parasolid. "CADdoctor gives us an absolute guarantee of data quality," says Goddard. Then, in both the aerodynamics and design departments, there can be some very advanced conceptual surfaces. "We use the software for visualization of complex geometries and to refine or clean up the models," Goddard adds.

Once in the design environment, models move back and forth from CAD to FEA. And those handoffs can be complicated by the fact that Lotus F1 Team stress analysts, who have come from varied backgrounds, are allowed to work with their preferred tools, which can include Abaqus, Patran, Nastran, a range of Altair tools, and others. "If we need linear, non-linear, composite, laminate, metallics, we've got a special application for each," says Goddard. "At this stage, the data requirements can be a lot more diverse."

CADdoctor also helps Lotus designers cross-convert between CAD versions, effectively downgrading models where things like filter radii or tangencies of surfaces might not translate properly. In addition, it's used by stress engineers to do things such as simplifying parts to a basic lower-level model so they can more easily load a complex assembly into FEA for meshing and analyses.

The software is most relied on, though, in supply chain data management where the team works with the best supplier for each job--whether they are a very high-end CAD-based facility or a traditional hand-skilled operation. At every link in the chain, the tool has the ability to convert, clean, and ship data to suppliers in a variety of standardized formats. "That's got two benefits for us," says Goddard. "First, it's a much more efficient way to liaise with suppliers. Secondly, it frees up very expensive high-end CAD licenses. It's using the right tools for the right job."

According to Goddard, the right job for CADdoctor includes a huge range of scenarios. "A couple of weeks ago, we sent virtual cross-sections of the entire wind tunnel with all its hardware, instrumentation, and a full-car model for some outside consulting help," he says. "When you're dealing with data at that scale," he adds, "if we didn't use CADdoctor, our CAD system would quickly grind to a halt."

The software is also extremely flexibile. If the Lotus F1 Team needs to get complex data to a supplier immediately because they're in deadline mode, the tool has a streamlined push-button approach. If the team needs to pay greater attention to geometric detail in the end-manufacturing process, they can use the software's interactive and live walk-through features to visualize everything they're processing and sending out.