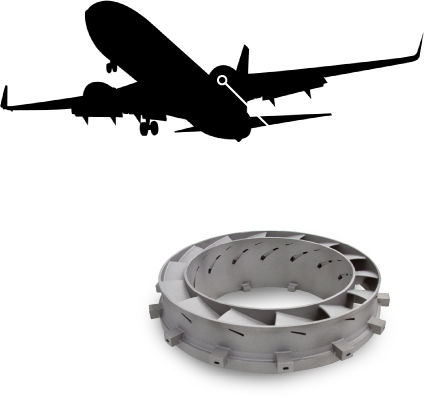 The process of investment casting can be traced back to the early dynasties of china where artisans cast intricately detailed boxes from bronze to contain the masters' treasures.

The "lost wax" investment casting method was used by an Italian monk some 900 years ago to craft large statues. The monk's process was very similar to those used in investment casting today; the original model was sculpted in wax then coated with successive layers of plaster. After the plaster hardened, the wax was melted out and molten metal was cast into the void. A short time later, after the metal cooled and hardened, the plaster was broken away and there stood the statue; an exact replica of the original wax sculpture.

For many centuries, jewelers used rubber molds to cast quantities of rings and bracelets, and during the late 19th Century, dentists were using investment casting processes to manufacture dental fillings and inlays.

Industry realized the need for investment castings at the beginning of World War II with the sudden increase in demand for large quantities of intricately machined armament and aircraft parts. Manufacturers found that the "lost wax" process of casting these parts virtually eliminated all but the closest machining operations; thereby increasing their ability to produce critical items such as turbine blades, gun parts, etc. at the fraction of their original costs. Knowledge gained from the dental trade was combined with the permanent die techniques perfected by jewelers to produce critical items in unbelievable quantities.

From the designer's blueprint or CAD data, a wax injection die is made to receive molten wax injected under pressure. For prototypes, plastic patterns, SLA's, or machined waxes are fabricated; eliminating mold construction time and cost.

After solidification, the metal parts are removed from the ceramic material. The gates and runners are removed. The final product is an intricate "Lost Wax" Investment Casting.

Joint Engineering and Manufacturing assistance is available for determining feasibility and cost considerations for investment castings. All casting molds can be designed and built in-house by your source, eliminating the need to coordinate molds with a third party. Production lots can range from less than ten parts, to several hundred. Pouring capabilities range from less than a pound to 501bs.