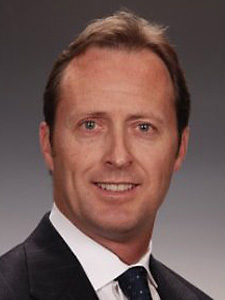 When we spoke with Seaway Plastics Engineering CEO Tim Smock last month, he was excited about the new Haas Super Mini Mill that was being delivered to the company's facility that very day. "It just came in and, as a matter of fact, is being set up right now," he told D2P in a phone interview. The machine was one of two high-speed Haas CNC machines on order--the other being a large V6 Haas CNC that will enable Seaway to build molds for an approximately 1000-ton injection molding press expected to be delivered in mid-2012.

Seaway Plastics Engineering (www.seawayplastics.com) has a lot to be excited about these days. The company, a specialist in quick-turnaround injection molded parts for the medical, defense, aerospace, food service, and other demanding industries, is in the process of completing a 20,000-square foot expansion of its Port Richey, Fla., facility. Scheduled for completion in December, the addition will house Seaway's new engineering center and increase its in-house mold building capacity to over 250 molds per year. This year, the company expects to build more than 200 molds, many of them complex and built within a range of 5 days to 5 weeks, on average.

"Our niche is low-volume production and prototype injection molding," said Smock. "We like to refer to it as ‘proto-duction.' In other words, many of our programs are for customers--medical, aerospace, and military being the three top markets, with food services up there as well--that are in need of production-quality parts. But they often are still in a development, prototype, or even a pre-launch environment. In that environment, they need molds built as fast as possible, with a degree of flexibility in the tool design that allows for fast and economical changes."

Smock says that the company's founders started Seaway as a mold and aluminum prototype mold building company in the 1970s in the Detroit metropolitan area. They then migrated into sampling presses before getting into low volume production. Today, Seaway operates 18 molding machines ranging from 44-ton to 500-ton clamp force. In addition to providing injection molding, the company offers structural foam molding and has extensive experience in overmolding and insert molding. Through its sister company, Florida Finishing (www.floridafinishing.com), Seaway also offers Nadcap accredited painting, EMI shielding, ultrasonics, annealing, pad printing, and silk screening. Assembly services and a variety of secondary capabilities are also available.

The company can mold all thermoplastic resins, but the majority of its parts are specified in high- performance materials, ranging from PEEKs (polyether-etherketones) to LCPs (liquid crystalline polymers), TPEs (thermoplastic elastomers), and TPUs (thermoplastic polyurethanes).

The company's experienced engineering staff supports projects from the design stage through functional prototyping, product launch, and low volume production. "Due to our focus on development and prototype projects, we are exposed to cutting edge designs and material requirements, enabling our customers to meet their critical product launch schedules via direct upfront design and manufacturability feedback," Smock said in an email response before the interview. "We operate in a very fast-paced environment where flexibility and anticipation of customers' ever-changing demands is expected and delivered."

Approximately 60 percent of the company's production orders are "drop-in" orders with lead times less than 10 days. Seaway sees this as part of a larger trend within the market for low-volume, injection molded production parts--one that reflects the limited demand visibility that many customers have while maintaining a just-in-time inventory strategy.

In response to these demands for short lead times, Seaway has developed a proprietary software program, FastMold™, which provides a manufacturing platform and ties together all aspects of the company's operation. Described by the company as a method of blending technology, craftsmanship, and human input, FastMold reportedly enables the speed and flexibility needed to take a customer's plastic part requirements from print to production in a short time frame. In Seaway's case, the need for flexibility is heightened by the fact that it has a large number of customers, each requiring different parts and different types of mold configurations.

It's not unusual for Seaway to get a call from a customer, saying, "We need 200 of these parts as soon as possible." But the company doesn't have the luxury of many high volume shops that work off of million-piece contracts. Those companies, Smock says, can often dedicate one automated machine to the job. For them, it's pretty clear cut--they turn the machine on, count the hours, and check the cycle time.

"For us, where 60 percent of our production orders are drop-in orders, we have to have a program that allows us to very quickly determine if we have the raw material in stock, or if we have the inserts in stock," says Smock. "If the part requires pad printing, painting, EMI shielding, do we have those things readily available? If it's a new program, if there are holding fixtures required, if there's any type of manufacturing support needed for that part, are all those different components that are necessary for completing that order in line and available? Fast Mold's purpose is exactly as the name says: to produce things as fast as possible from an injection mold."

While the economy has affected markets in different ways, it's no coincidence that a low-volume production and prototype molding specialist with Seaway's quality credentials--the company is ISO 9001:2008 and ITAR certified--would find ample work in industries that continually have strong demand for new products. The work is challenging, and as rewarding as it is difficult.

"Even during the last three years of the 'recession' or down economy, our business has remained fairly consistent," Smock noted. "The big medical companies, the big aerospace companies, the defense contractors--they may delay a multi-million dollar plant or a multi-million dollar or billion dollar expansion. What they're not doing is severely cutting back on their R&D efforts. They're still trying to come out with the next best product that can support their customers' needs. And because of that, we remain fairly busy."

Smock also said that industries such as medical, aerospace, and defense, as well as food-related products, tend to produce lower volume products with higher margins at the end use level. They also have very stringent raw material requirements that are tightly regulated by agencies such as the U.S. Food & Drug Administration (FDA). In these industries, OEMs don't look offshore for manufacturing to the same extent that they might for, say, a higher-volume consumer product.

"About half of our business comes from our medical customers," notes Smock. "So our culture is certainly based around a very high quality environment. But yet, it's very challenging."

It's challenging, for example, to meet the functional and aesthetic requirements of the large panels and other plastic parts used in MRI and other expensive diagnostic equipment. Smock says that equipment makers want something that, from an aesthetic standpoint, reflects the high price of the equipment. At the same time, the parts have to be absolutely perfect from a functional standpoint, because any trace of contamination could result in a false reading. In many cases, Seaway will X-ray the parts to ensure that they have no small pieces of metal in them.

The company is also keeping pace with a new trend in MRI machines, many of which are now dedicated to specific areas of the body, such as the knee, shoulder, ankle, or head. "We support parts for those types of specific MRI machines," he said.

One of the company's projects involved producing a GPS tracking device that required unique LED back lighting and visual graphic representations with tight cosmetic requirements. According to Smock, Seaway made use of in-house capabilities ranging from in-mold decorating to overmolding, as it successfully condensed what he called "a very complex fast-track project." A major challenge was to formulate a series of inks that could withstand the pressures and temperatures of overmolding. Seaway was able to deliver an acceptable product in less than eight weeks and supported production needs that totaled approximately 20,000 units.

Smock lauded Florida Finishing's role in the project, saying that having the company within Seaway's organization was a tremendous benefit. "They worked very closely with our engineers here, and with our customer, to come up with some of these formulations that would hold up to the high temperatures and pressures of injection molding, as well as other processes that were being utilized," he stated.

Seaway's flexibility and speed in meeting customers' requirements turned out to be a winning combination, because the customer's requirements "almost evolved with the project," according to Smock. When the customer approached Seaway, it had more than a concept, but didn't have a set, detailed explanation of what inks to use and what process to use. How to get to the finish line in less than eight weeks was the challenge.

"Under a very tight timeline, we worked very closely with our customer to come up with some formulations, and it took a lot of trial, errors, and reformulations," said Smock. "That's what we offer our customers--that flexibility, that willingness to try things."

Another reason Seaway is excited about its new 20,000-foot addition is that it will allow sister company Florida Finishing to move its operation to what is currently Seaway's engineering center, located across the street from the company's production building. Florida Finishing, now situated about nine miles from the Seaway location, will also occupy a separate building that Seaway purchased recently. A new service--hydrographics--will be among its offerings as it settles in. Also known as immersion printing and water transfer imaging, hydrographics can be used to apply various unique prints to the surface of a part. "It can give everything from a camouflage look to an American patriotic flag look, to a very specific customer design," said Smock.

In addition to bringing Florida Finishing's capabilities on site, the expansion gives Seaway more space to do the assembly work that customers are increasingly requesting.

"I like to call it light assembly, where our customers want us to kit parts or get parts put together to a point where they can finish out the electronics at their facility," says Smock. "We're seeing more and more of that requirement, and we certainly welcome that."