This technical information has been contributed by
C. Palmer Die Casting
Click on Company Name for a Detailed Profile

What is Die Casting? 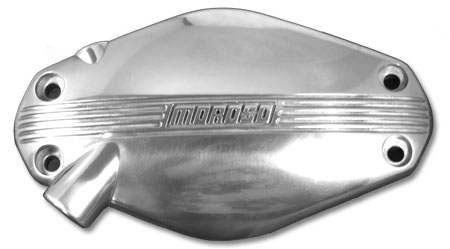 Die Casting is a metal forming process that injects molten metal into a steel mold. After injection the metal solidifies quickly and the part is ejected from the mold. Since the mold is extremely durable, the mold's design can be complex and quite precise. The process is quick. Die casting is considered to be the most efficient way of converting raw material into finished product.

Pure aluminum is not suitable for most die castings. Aluminum is alloyed with a number of other metals to form a material that is very fluid at casting temperatures to promote die filling, resistance to soldering to avoid sticking in the mold and resistance to cracking during solidification. These are the alloys that are commonly cast:

360 Aluminum Alloy
360 is a good choice if corrosion resistance is an important consideration. Although a combination of chem-film and powder coating provide a great protection from corrosion, 360 will allow resistance on unpainted or scratched surfaces or when exposed to salt spray and other particularly corrosive environments. Unfortunately 360 is more difficult to cast which may result in poorer casting quality in difficult to fill areas. It also has poorer thermal conductivity than other alloys which makes it less desirable for high performance heat sinks.

380 Aluminum Alloy
380 is a very widely used alloy. It was once the overwhelming choice for all die castings. It has excellent resistance to soldering. Its die filling characteristics are not as good as the modified 384 alloy.

413 Aluminum Alloy
413, once known as 13, is an alloy chosen for improved pressure tightness, corrosion resistance and especially for its thermal conductivity. Since all the die cast aluminum alloys have the same specific heat, it is the thermal conductivity which can improve the performance of heat sinks. Its primary disadvantage is decreased machinability and higher price.

Zinc Aluminum (ZA) alloys are modified zinc alloys with higher levels of aluminum than in traditional zinc alloys. The percentage of aluminum mixed in the zinc is greater than can remain in solution at normal casting temperatures. The ZA number is the approximate percentage of aluminum included (i.e. ZA27 has 27% AL). The aluminum having less than half the density of zinc tends to rise to the surface of the metal bath. Because of this there is a need to agitate the material while in its molten state to ensure the consistent composition during casting. This makes it more difficult to cast as well as a more expensive raw material.

ZA is a very high performance alloy in terms of strength and hardness. It is stronger and has better wear resistance than either zinc or aluminum alloys.

ZA 12
ZA 12 is an alloy with good die casting characteristics with 20-25% greater strength and hardness than typical aluminum alloys. It requires periodic agitation during its molten state and special foundry practice during transfer and melting. It is widely used for structural castings where high tensile and shear strength is worth the extra expense of the material and labor involved. Being a composite of aluminum (11%) and zinc its density approximately double that of aluminum and a quarter less than zinc. It can sometimes be used to replace bronze bearing/die casting assemblies by eliminating the need for an inserted bearing. ZA should only be used where the additional cost and weight are out weighed by the increased mechanical performance.

ZA 27
ZA 27 is the strongest of the ZA series. It is extremely difficult to handle and has poor die filling characteristics, which can be offset somewhat by simplifying the casting design. Frequently surface defects are common on ZA 27 castings. It has 30-45% greater strength and hardness than typical aluminum die cast alloys. Its density is less than double that of aluminum (27% of its composition is aluminum). We advise against its use unless strength is the most important criteria of product performance.

This technical information has been contributed by
C. Palmer Die Casting
Click on Company Name for a Detailed Profile